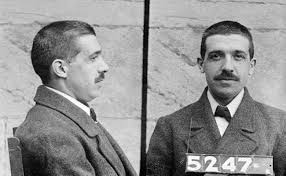 Cory David Bataan of Melville New York a stockbroker formerly registered with Aegis Capital Corp is the subject of a customer initiated investment related arbitration claim where the customer requested $200,000.00 in damages based upon accusations that trades were effected in the customer’s account on an excessive and unsuitable basis by Bataan during the time that he was associated with Aegis Capital Corp. FINRA Arbitration No. 19-03414 (Dec. 6, 2019). According to the claim, misleading and false statements had been made by the stockbroker in reference to the customer’s investments.

Bataan has been identified in four more customer initiated investment related disputes containing allegations of his misconduct while employed by Aegis Capital Corp and Joseph Stevens Company. FINRA Public Disclosure shows that a customer filed an investment related complaint involving Bataan’s activities in which the customer sought $13,944.45 in damages founded on accusations that an over-the-counter equity transaction had been initiated in the Joseph Stevens Company customer’s account without authorization.

Bataan has been referenced in a customer initiated investment related arbitration claim which was resolved for $23,000.00 in damages supported by allegations of misrepresented and unsuitable over-the-counter equities trades being effected in the customer’s account by Bataan while he was registered with Joseph Stevens Company. The claim also alleges that Bataan committed margin violations and had executed transactions that the customer did not authorize.

Bataan is the subject of another customer initiated investment related arbitration claim which was settled for $25,000.00 in damages based upon accusations of unsuitable investment advice by the stockbroker which caused the Aegis Capital Corp customer to experience losses. FINRA Arbitration No. 15-01265 (Aug. 25, 2015). The claim alleges that the customer was charged excessive commissions and fees by Bataan.

Another customer initiated investment related arbitration claim involving Bataan’s conduct was resolved for $45,000.00 in damages founded on allegations that a fiduciary duty that was owed to the Aegis Capital Corp customer had been breached and that unauthorized transactions were effected in the customer’s account. FINRA Arbitration No. 15-00267 (Sept. 23, 2016). According to the claim, transactions executed by the stockbroker were not suitable. The claim also alleges that the customer’s account was churned.

Bataan has been fined $5,000.00 and suspended from associating with any Financial Industry Regulatory Authority (FINRA) member in any capacity supported by findings that Bataan effected trades without authorization. Letter of Acceptance Waiver and Consent No. 2017052696501 (Jan. 31, 2018). According to the AWC, the stockbroker executed trades on a discretionary basis in the accounts of customers. FINRA indicated that Bataan did not obtain written permission to exercise discretion in customer accounts. Bataan also neglected to obtain authorization from Aegis for purposes of his discretionary trading. The stockbroker’s conduct was violative of FINRA Rule 2010 and National Association of Securities Dealers (NASD) Conduct Rule 2510(b).