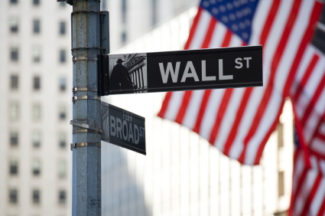 Christopher Lee Hibbard (also known as Chris Hibbard) of Louisville Kentucky a stockbroker formerly registered with Merrill Lynch Pierce Fenner Smith Incorporated has been barred as stockbroker and as investment adviser representative according to a Securities and Exchange Commission (SEC) Order based on findings of Hibbard committing fraud. In the Matter of Christopher Lee Hibbard Administrative Proceeding File No. 3-20262 (Apr. 16, 2021).

SEC’s Order is based on Hibbard pleading guilty to a count of investment advisor fraud (violation of 15 USC 80b-6 and 80b-17) and nine counts of wire fraud (violation of 18 USC 1343). United States v. Christopher L. Hibbard Criminal Action No. 3:18-CR-182-CRS. The stockbroker was dealt a 97-month prison sentence and ordered by the court to pay a special assessment.

Hibbard’s plea came with his admission of causing ACH transfers of $1,226,995.00 and other transfers from an investor’s account. The money was primarily used for Hibbard’s own use. Hibbard admitted to giving the customer fraudulent statements consistently to lead them to assume that their portfolio had grown to $4,000,000.00.

Hibbard admitted to having made three hundred unauthorized transfers from his customers’ accounts from January of 2011 to December of 2017. Those accounts had been managed by him. He effected the transfers without customers knowing or authorizing his activities. The regulator indicated that at least $3,000,000.00 had been misappropriated and misused by Hibbard for his own needs and expenses. The stockbroker even admitted to his forgery of documents and unauthorized liquidations and withdrawals from his customers’ investment accounts and annuity accounts.

Hibbard has been barred from associating with any Financial Industry Regulatory Authority (FINRA) member in any capacity founded on allegations that he failed to respond to a FINRA request. Case No. 2018057148601 (May 10, 2018). According to FINRA Public Disclosure, Hibbard was at first suspended and had an opportunity to fix the outstanding issues with FINRA or otherwise request for the regulator to terminate his suspension. Hibbard failed to comply by the deadline.

FINRA Public Disclosure also confirms that Hibbard has been identified in ten customer initiated investment related disputes regarding accusations of his wrongful actions while employed by securities broker dealers including Merrill Lynch and Morgan Keegan Company Inc. On October 18, 2018, a customer initiated investment related complaint concerning Hibbard’s conduct was resolved for $2,250,000.00 in damages supported by allegations that Hibbard made unauthorized withdrawals from the customer’s account and committed theft.

Hibbard is also the subject of a customer initiated investment related written complaint which was settled for $500,000.00 on May 22, 2019 based upon accusations that the stockbroker’s misrepresentations and withdrawals from the customer’s Merrill Lynch account between May of 2011 and February of 2018 had resulted in damages.

On May 29, 2019, another customer initiated investment related FINRA securities arbitration claim concerning Hibbard’s conduct was settled for $250,000.00 in damages founded on allegations that Hibbard made misrepresentations and unauthorized trades in the customer’s account. FINRA Arbitration No. 18-04310. The claim alleges that the stockbroker committed embezzlement and forgery too. According to the claim, the customer’s money was misused from 2005 to January of 2018.

Hibbard is also referenced in a customer initiated investment related written complaint which was settled for $175,000.00 on October 24, 2019 based on accusations that the customer’s account was churned, and that Hibbard provided unsuitable recommendations relating to a variable annuity held by the customer between 2010 and 2018. The complaint also alleges misrepresentation by the stockbroker.

On September 29, 2020, a different customer filed an investment related complaint regarding Hibbard’s activities in which the customer requested $100,000.00 in damages supported by allegations of Hibbard misusing their funds. On December 17, 2020, an additional customer filed an investment related complaint involving Hibbard’s conduct where the customer sought $45,000.00 in damages founded on accusations of theft and misappropriation between 2010 and 2016 by Hibbard when he was associated with Merrill Lynch.