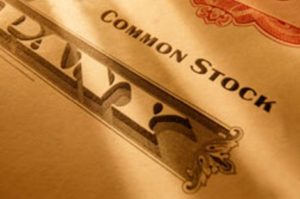 FINRA Public Disclosure shows that Thelen has been identified in six more customer initiated investment related disputes regarding allegations of his conduct while employed by securities broker dealers, including Berthel Fisher Company Financial Services, Next Financial Group, Accelerated Capital Management Group, and Aeon Capital Inc. FINRA Public Disclosure shows that a customer initiated investment related complaint regarding Thelen’s activities was settled for $22,500.00 in damages based upon accusations of Thelen not following instructions concerning the customer’s investments while Thelen was associated with Berthel Fisher Company Financial Services. The complaint alleges that mutual fund and equity transactions had not been adequately documented.

Thelen is also the subject of a customer initiated investment related FINRA securities arbitration claim which was resolved for $20,000.00 in damages founded on allegations of an unsuitable variable annuity through Berthel Fisher Company. Another customer filed an investment related complaint involving Thelen’s conduct in which the customer requested $15,900.00 in damages supported by accusations of them being charged excessive surrender charges and brokerage commissions during the time that Thelen was employed by Next Financial Group.

Thelen is also referenced in a customer initiated investment related written complaint where the customer sought $7,920.00 based upon allegations of the stockbroker’s failure to explain investments properly. On August 16, 2018, another customer filed an investment related complaint concerning Thelen’s activities in which the customer requested compensatory damages founded on accusations of a breach of fiduciary duty in regard to the customer’s investment in a private placement offering concerning Trout Inc. through Thelen and Aeon Capital. in January of 2018.

Thelen is also identified in a customer initiated investment related written complaint on August 20, 2018, where the customer sought compensatory damages supported by allegations of breach of fiduciary duty relating to private placements between 2017 and 2018 when Thelen was registered with Aeon Capital and Accelerated Capital Management Group.

Thelen’s registration with Accelerated Capital Group was terminated on January 29, 2018. He has been associated with Aeon Capital since January 6, 2018.