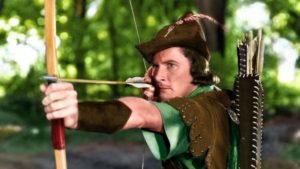 Robinhood Financial LLC a securities broker dealer headquartered in Menlo Park California has been censured and fined $57,000,000.00 by Financial Industry Regulatory Authority (FINRA) based in part on findings that Robinhood Financial provided customers with misleading and false information about their accounts, authorized margin use in the accounts of customers against their wishes, and failed to supervise its options trading business resulting in harm to customers. Letter of Acceptance Waiver and Consent No. 2020066971201 (June 30, 2021).

818,000 Robinhood Instant and Robinhood Gold customers were improperly authorized to make options trades which included options spreads. The AWC stated that Robinhood failed to let customers know that even with margin being disabled, their accounts could still handle trades that could involve hundreds of thousands of dollars in margin.

Among the confused customers was a young investor who committed suicide in June 2020. The deceased investor left a note that conveyed in part that he did not understand how margin could have been utilized to buy securities because he did not think that he turned margin on in his account. Another customer received a $271,986.64 margin call after an options assignment. In a complaint to the firm, the customer stated that the margin call was not accurate since the customer’s margin trading was disabled on their account. The customer stressed that they only wanted their losses to be limited by what they personally invested.

FINRA determined that Robinhood made negligent omissions and misrepresentations relating to these Robinhood Instant and Robinhood Gold accounts in violation of FINRA Rules 2010 and 2210.

Between September of 2016 and September of 2020, 4,200,000 customers had received inaccurate information about negative buying power. The securities broker dealer violated FINRA Rules 2010 and 2210 because of misrepresenting the cash balances and buying power in customer accounts.

According to the AWC, between January of 2018 and March of 2021, omissions and misrepresentations were also made about the risks pertaining to options spread transactions and how Robinhood would handle customers’ positions.

FINRA noted that there was misleading and false information provided by Robinhood as it pertained to the risks of debit spreads. FINRA noted that Robinhood did not take into account how customers would be at risk in two key situations. The first instance involved an assignment of the short option held to expiration, and where the long option would expire worthless. The second instance involved the short option not being assigned, and where either the customer or Robinhood would exercise the long option. Customers in those instances were due to suffer losses that exceeded the amounts that they paid in premiums to enter into spreads.

The regulator mentioned that there were also misrepresentations made to customers by Robinhood as it pertained to customers not needing to do anything to mitigate risks before their options expired. Customers did not know that their short positions could still be assigned rather than expire worthless. If those short positions could still be assigned, this could result in losses. The regulator also noted that some customers whose options were set to expire were falsely told by Robinhood that they had adequate collateral for their assignments. Customers who depended on Robinhood’s statements suffered large losses according to FINRA.

The AWC also stated that negligent misrepresentations were made by Robinhood regarding under which conditions the company would exercise long legs of customers’ options spread positions. Many customers’ long options were exercised which resulted in losses.

According to the AWC, Robinhood also issued incorrect margin calls to customers between October of 2016 and September of 2019. Over 100,000 customers were effected. The regulator noted that $1,650,000.00 in losses were caused by false margin calls and margin call warnings. As an example, on August 10, 2018, 84,100 customers were warned that their accounts were in danger of there being a margin call and that customers had to sell stock or deposit cash to ensure that the value of their portfolio exceeded their margin maintenance. Incorrect margin call warnings resulted in securities being sold in 19,000 accounts on August 13, 2018. FINRA indicated that it was only after customers had complained that Robinhood discovered the problem. The securities broker dealer violated FINRA Rules 2010 and 2210.