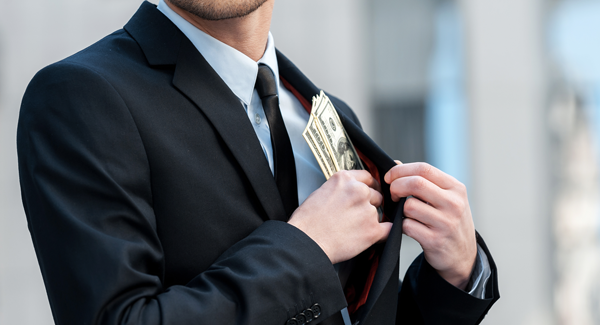 Your stockbroker may be more than over charging you.

Everyone has heard about the hazards of unexpected fees, lurking in complicated payments, squeezing money out of people by deliberately confusing them or through outright dishonesty.

The Financial Industry National Regulatory Authority, or FINRA has discovered fee abuses at a number of brokers dealers and has slapped them with more than $900,000 in total fines to stop the practice. These broker dealers were charging “handling fees” of up to $100 dollars per trade, far in excess of the actual costs incurred, according to an announcement released by FINRA on Sept. 7. In fact, many of the fees were extra commissions simply labeled as postage and handling.

The firms neither admitted nor denied the charges, but consented to the entry of FINRA’s findings as part of their settlements, and agreed to take corrective action.

At Pointe Capital, no system was in place to determine expenses or costs, and such fees were left to the broker executing the order as long as they were within a range set by the firm, according to the letter of Acceptance Waiver and Consent, or AWC. Moreover, because the authorized fee range was not consistent across all branches, customers could be charged different fees for otherwise identical trades.

Between January 2007 and December 2009, besides commissions, Pointe Capital routinely charged its customers handling fees on equity security trades, in some cases as high as $95 per trade.

Although these fees were passed off as “handling” charges, they “were not directly related to any specific handling services performed by the firm, or handling-related expenses incurred by the firm, in processing the transaction. [Pointe Capital’s] characterization of the charge as being for “handling” was therefore improper,” according to the AWC.

The AWC also indicates that Pointe Capital failed to supervise the agents who set the amounts of these disguised commission charges, as well as fell short in supervising due diligence in connection with private placement offerings.

This was not the entity’s first run in with the regulatory authorities. The AWC shows that JHS, successor to Pointe Capital, executed a consent order in late 2010 with the State of Connecticut Department of Banking in which it agreed to pay $10,000 for improperly charging “postage and handling” fees for securities trading from January 2008 through March 2010.

A $275,000 fine was levied against New York firm JTF was for similar behavior. Starting in January 2008, and perhaps earlier, JTF charged its customers as much as a $75 “handling fee” that was effectively the same as a commission, according to the AWC.

“The fee was not reasonably related to any direct handling-related services performed by the firm. … JTF improperly and inaccurately characterized the charge as a “handling fee” on customer trade confirmations,” and as a postage and handling on fee schedules, the AWC said.

JTF is a wholly owned subsidiary of ATB Holdings, controlled by Anastasios Belesis, the CEO of JTF. The AWC also covered other violations at the firm, including unauthorized sales personnel, and problems with complaint reporting, branch office supervision and recordkeeping.

In 2009, JTF paid $5,000 to the State of Idaho for its failure to report that a JTF broker seeking to transfer require heightened supervision subject to an order from the State of Iowa regarding the broker’s past regulatory history, the AWC said.

The AWC of this firm shows it was fined $150,000 for charging customers at its Farmingdale branch a $99.75 fee on 4,992 transactions. This fee was more than double what it charged customers at other branches.

Although First Midwest called these charges “handling fees,” they were more akin to commissions as they did not cover any direct handling-related services performed, or expenses incurred, by the branch, according to the AWC.

First Midwest does not have a disciplinary history on fees, but the same AWC shows that the firm violated rules pertaining to “unreasonable” markups and markdowns in the trading of municipal securities.

A&F is another firm sanctioned for disguised fees. The firm agreed to a fine of $125,000 for charging its customers “handling fees” of $65 from at least January 2008. According to the AWC, the fees were a commission charges “not reasonably related to any direct handling-related services performed by the firm, or handling-related expenses incurred by the firm,” and A&F had improperly characterized the charges. The firm also violated various rules regarding training and the sale of exchange traded funds, and failed to maintain an adequate supervisory system.

Finally, Salomon Whitney violated Connecticut law as well as FINRA rules when it mischaracterized a $69.95 fee it charged as a “handling fee” on customer trade confirmations, when in fact it performed no such services. As a result, the firm agreed to pay $60,000, as shown in the AWC.

Also this year, the State of Connecticut found Salomon Whitney had engaged in “dishonest and unethical practices” also related to so-called handling fees, and ordered the firm to cease and desist the practice.

“Trade confirmations and fee schedules must clearly reflect commission charges, and firms cannot disguise commissions by improperly describing them as charges for ancillary services,” said a statement from Brad Bennett, FINRA Executive Vice President and Chief of Enforcement. “FINRA will continue to look closely at any firms that engage in these practices.”

If you suspect your broker dealer has been running up your charges with bogus fees, you may have a viable legal claim and ought to consult with a lawyer.