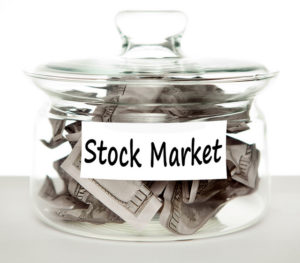 Lloyd Thomas Mincy Jr., a stockbroker registered with Centaurus Financial Inc., has been fined $20,000 and suspended for nine months for fraudulently misrepresenting the guaranteed rates of return for variable annuities he sold to four customers.

From October 2004 through 2008, Mincy materially misrepresented the features of the variable annuities, both verbally and in writing. He also paid $10,900 to a customer for charges she incurred when surrendering a variable annuity to purchase another product, almost the exact amount by which Mincy had underestimated the surrender charges.

The Financial Industry Regulatory Authority (FINRA) levied the fine and suspended Mincy from association with any FINRA member firm in any capacity through a Letter of Acceptance Waiver and Consent (AWC). To settle the matter, Mincy consented to the entry of the findings in the AWC without admitting or denying them. FINRA accepted the AWC on Feb. 2.

Lloyd Thomas Mincy Jr, licensed in the securities industry since 1992, has been registered with Centaurus Financial since September 1997. During the years 2004 to 2008, he materially misrepresented the features of variable annuities to customers identified in the AWC only as RG and SG, a couple, plus JK, KN, and EP.

The annuities did have a guaranteed death-benefit option that provided for payouts with a rate of return of at least five percent to beneficiaries upon the death of the annuitant.

Based on Mincy’s false statement that the variable annuities offered a five percent guaranteed rate of return, JK invested roughly $210,000 in an annuity in March 2005, the AWC said.

In 2008, JK asked Mincy to send him a letter detailing the five percent guaranteed rate of return. Mincy then sent a letter to JK on Centaurus Financial’s letterhead in which he restated the misrepresentations that he made to JK when he sold him a variable annuity.

Centaurus Financial’s policies and procedures call for all correspondence to be reviewed and approved by a supervisor before being sent. Mincy did not submit the letter to the firm for review and approval before he sent it to JK, the AWC said.

Mincy repeated this behavior, according to the AWC. After Mincy misrepresented that the variable annuities had a guaranteed five percent rate of return, RG and SG invested roughly $720,000 in three annuities between March and April 2007.

RG and SG also requested a letter from Mincy explaining the annuity benefits after they had invested. In late 2007 or early 2008, Mincy sent them an undated, un-reviewed and unapproved letter on his firm’s letterhead in which he repeated the misrepresentation he made about the rate of return.

EP also purchased a variable annuity through Mincy, based on Mincy’s misrepresentation that it offered a five percent guaranteed rate of return. In July 2005, EP invested about $220,000.

While soliciting KN to purchase a variable annuity, Mincy sent her a letter on Centaurus Financial letterhead, without approval, dated March 21, 2005. The letter reiterated verbal misrepresentations that he had made to KN about the annuity’s guaranteed six percent rate of return.

In April 2005, KN invested about $360,000 in the variable annuity, based on the misrepresentation that it offered a six percent guaranteed rate of return.

When KN received her variable annuity policy from the annuity company in May 2005, she noticed that the policy seemed inconsistent with what Mincy had said about the rate of return. She called Mincy at his office seeking clarification.

At that point she thought the policy offered a five percent guaranteed rate of return, evidently confused by the death-benefit guarantee. Mincy offered to pay KN the extra one percent himself if, in exchange, she would tell the annuity company that she accepted the policy as written. Given that there was no guaranteed rate of return to which Mincy could add the one percent, his offer to pay was a misrepresentation.

By making these various misrepresentations, Mincy violated Section 10(b) of the Securities Exchange Act of 1934, and Exchange Act Rule 10b-5(1) promulgated thereunder. The rule states that it is unlawful for any person, in connection with the sale or purchase of any security, to “employ any device, scheme, or artifice to defraud.”

Mincy also violated Exchange Act Rule 10b-5(3), which says it is unlawful for any person, in connection with the sale or purchase of any security, to “engage in any act, practice or course of business which operates or would operate as a fraud or deceit upon any person.”

In addition, Mincy violated two conduct rules of the National Association of Securities Dealers (NASD), a predecessor to FINRA. Conduct Rule 2120 states that “No member shall effect any transaction in, or induce the purchase or sale of, any security by means of any manipulative, deceptive or other fraudulent device or contrivance.”

Conduct Rule 2110 requires members to observe high standards of commercial honor and equitable principles of trade in the conduct of their business.

Finally, in June 2008, Mincy helped customer LH surrender her variable annuity to purchase a different product. He informed LH that charges to surrender would total $17,426, but instead they totaled $28,323. Mincy then gave LH a personal check for $10,900 to compensate her for the difference.

The problem was, Mincy never informed his firm about LH’s complaint or that he had compensated her for her loss with his own funds. To settle a customer complaint without the knowledge or permission of one’s firm is a violation of Conduct Rule 2110.

For a detailed history of disciplinary proceedings against Lloyd Thomas Mincy Jr., as well as any customer disputes in which he may have been involved, please see FINRA public disclosure records here.