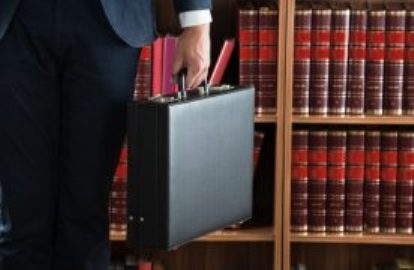 “Equity is justice in that it goes beyond the written law. And it is equitable to prefer arbitration to the law court, for the arbitrator keeps equity in view, whereas the judge looks only to the law, and the reason why arbitrators were appointed was that equity might prevail.” – Domke on Aristotle, The Arbitrator’s Manual, Securities Industry Conference Association, (SICA March 2001).

a. Court’s concerns in Wilco v. Swan, 346 U.S. 427 (1953) (exercise of judicial discretion to assure effectiveness of Federal Securities Laws).Disadvantages to Ordinary Investors. Jury of peers versus a panel of lawyers, judges, and accountants.

i. Code of Arbitration Procedure Proposed by Self-regulatory organizations approved by SEC

c. Arbitration in the Absence of Any Agreement

e. Arbitration of Disputes on Behalf of Non-Customers

Guidance on Disputes between Investors and Investment Advisers who are not FINRA-regulated firms (Nov. 2012).

b. Rules of Evidence (Code Rule 12604). The Panel is not required o follow the rules of evidence.

e. Applicability and Application of the Statute of Limitations/Eligibility

a. Private Rights of Action.

Omissions Cognizable under Section 10(b)

The sale of unsuitable investments is actionable under Rule 10(b) of the Securities and Exchange Act of 1934, SEC Rule 10b-5. This body of law is premised, in part, on the New York Stock Exchange Rule 405- “Know Your Customer” rule, and is also set forth in FINRA’s Conduct Rule IM-2310, which states that: “In recommending to a customer the purchase, sale or exchange of any security, a member shall have reasonable grounds for believing that the recommendation is suitable for such customer upon the basis of the facts, if any, disclosed by such customer as to his other security holdings and as to his financial situation and needs.”

When a securities broker engages in excessive trading in disregard of his customer’s investment objectives for the purpose of generating commission business, the customer may hold the broker liable for churning in violation Section 10(b) of the Exchange Act, 15 U.S.C. Sect: 78j, and SEC Rule 10b-5, as promulgated thereunder. Mihara v. Dean Witter & Co., 619 F.2d 814, 820 (9th Cir. 1980).

iii. Failure to Conduct Due Diligence

It is well settled that a securities dealer must have an adequate and reasonable basis in order to recommend a security. Hanly v. Securities and Exchange Comm’n, 415 F.2d 589, 596-7 (2nd Cir.1969). A stockbroker cannot recommend a security unless there is an adequate and reasonable basis for such recommendation. Keenan v. D.H. Blair & Co., Inc., 838 F.Supp. 82, 89 (S.D.N.Y. 1993). These duties have been described as “implicit warranties of the soundness of the stock, in terms of value, earning capacity, and the like.” Kahn v. Securities and Exchange Comm’n, 297 F.2d 112, 115 (2d Cir.1961)(failure to disclose information lack of basis is an omission of a material fact).

For example, the court in Medical Associates stated: “The proper method of calculating damages is to take the initial value of plaintiff’s portfolio, adjust it by a percentage change in an appropriate index, during the relevant period, and subtract the value of the portfolio at the end of the period.” As such, “the market index is designed to separate the plaintiff’s losses that were due to the fraud from the losses that were due to general market conditions.”

Out of Pocket Damages vs. No Netting Rule

In Randall v. Loftsgarden, 106 S.Ct. 3143, 3153 (1986), the United States Supreme Court rejected a netting analysis based on the deterrent purpose of the securities laws: “This deterrent purpose is ill-served by a too rigid insistence on limiting plaintiffs to recovery of their “net economic loss.”; In Nesbit v. McNeil, 896 F.2d 380, 385, 386 (9th Cir. 1990), another suitability case, the Appeals Court affirmed the trial court’s rejection of the netting argument, stating that “there is no reason to find that [plaintiffs] should be denied a recovery because their portfolio increased in value, either because of or in spite of the activities of the defendants,” and that “gains in portfolio will not offset losses…”

5. The Review of Arbitration Awards

Permits Vacatur only for the following reasons:

1. The award was procured by corruption, fraud, or undue means;

2. There was evident partiality or corruption in the arbitrators, or either of them;

3. The arbitrators exceeded their powers or were guilty of misconduct in failing to abide by the agreement to arbitrate

4. The arbitrators were guilty of misconduct in refusing to permit discovery, and as a result, refusing to hear evidence pertinent and material to the controversy; and other misbehavior by which the rights of the Petitioners have been prejudiced

b. Trial By Ordeal

Bavarati v. Josepthal, Lyons & Ross, Inc., 28 F.3d 704 (7th Cir. 1994)(short of authorizing trial by battle or ordeal or, more doubtfully, by a panel of three monkeys, parties can stipulate to whatever procedures they want to govern the arbitration of their disputes; parties are as free to specify idiosyncratic terms of arbitration as they are to specify any other terms in their contract.

d. The perceived unfairness of arbitration.

The “unwillingness” of the judiciary to earnestly examine “egregious” arbitration awards, has motivated Congress to seek to make these arbitrations “voluntary.” On July 12, 2008, Congress introduced Senate Bill 1782, entitled the “Arbitration Fairness Act,” based upon a Congressional finding that: Mandatory arbitration undermines the development of public law for civil rights and consumer rights, because there is no meaningful judicial review of arbitrators” decisions. With the knowledge that their rulings will not be seriously examined by a court applying current law, arbitrators enjoy near complete freedom to ignore the law and even their own rules. Senate Bill 1872 at Section 2 (July 12, 2008, 110th Congress, First Session).

Because, typically, arbitration panels do not explain their awards, it is exceedingly difficult for court to examine these awards and their eligibility. See, e.g., Comment to SR-FINRA-2008-051, Jill I. Gross, Barbara Black and Deborah Sommers, John Jay Legal Services, Pace Law School (Nov. 20, 2008)(citing Dawahare v. Spencer, 210 F.3d 666, 669 (6th Cir. 2000) (noting that if arbitrators do not explain their award, it is all but impossible to determine whether they acted with manifest disregard for the law); Fellus v. AB Whatley, Inc., 2005 WL 9756090 (N.Y. Sup. Ct. Apr. 15, 2005) (in the absence of a reasoned decision supporting an arbitration award, there was no basis for court to decide whether arbitrator manifestly disregarded the law); H & S Homes v. McDonald, 2004 WL 291491 (Ala. Dec. 17, 2004) (in the absence of an explanation of damages awarded by the arbitrator, court had no basis to determine whether arbitrator manifestly disregarded the law); Rich v. Spartis, 516 F. 3d 75 (2d Cir. 2008) (vacating award and acknowledging that, while arbitration panels generally do not have to provide reasons for their awards, where a reviewing court cannot determine whether the panel manifestly disregarded the law or exceeded its powers, the court has authority to remand the award to the panel for clarification); Raymond James Finl. Svc., Inc. v. Bishop, 2007 WL 4531964 (E.D. Va. Dec. 18, 2007) (remanding award for clarification because the explanation provided by arbitration panel was too confusing to permit sufficient judicial review).

f. Arbitration Awards that are irrational must be vacated.

Hall Street Assoc., L.L.C. v. Mattel Inc., 128 S.Ct. 1396 (2008) Hall does not preclude review under “manifest disregard” of the law, because as the Court stated in Hall, “manifest disregard” can be read as merely referring to the Sect: 10 grounds collectively, rather than adding to them, see, e.g., Mitsubishi Motors Corp. v. Soler Chrysler-Plymouth, Inc., 473 U. S. 614, 656, or as shorthand for the Sect: 10 subsections authorizing vacatur when arbitrators were “guilty of misconduct” or “exceeded their powers.” 128 S.Ct. 1404.

“Manifest disregard” is present, however, only if the arbitrators recognized the existence of a governing principle of law, but chose to ignore it. Janney Montgomery Scott Inc. v. Oleckna, Civil Action No. 99-4307 (E.D.Pa. May 15, 2000) 2000 U.S. Dist. LEXIS 6524 (Stewart Dalzell, J); Merrill Lynch, Pierce, Fenner & Smith, Inc. v. Bobker, 808 F.2d 930, 933 (2d Cir. 1986)(a court should not vacate an award unless it finds “both that (1) the arbitrators knew of a governing legal principle yet refused to apply it or ignored it altogether, and (2) the law ignored by the arbitrators was well defined, explicit, and clearly applicable to the case”).

B.L. Harbert International L.L.C. v. Hercules Steel Co., 441 F.3d 905 (11th Cir. 2006)(“[w]hen a party who loses an arbitration award assumes a never-say-die attitude and drags the dispute through the court system without an objectively reasonable belief it will prevail,” the imposition of sanctions “is an idea worth considering.”) 441 F.3d at 913-914.

i. Interplay between Class Actions and Arbitrations

Prior to founding The Guiliano Law Group, P.C., Mr. Guiliano was associated with the law firms of Berger & Montague and Barrack Rodos & Bacine where he obtained substantial experience in connection with the litigation of securities class actions, antitrust class actions, and other complex litigation. Mr. Guiliano is a graduate of the PeddieSchool, and has a degree in Economics from Tulane, studied international law at Harvard, and is also a graduate of the Temple Law School, with highest honors.

Nicholas J. Guiliano has over twenty five years experience representing investors before the Financial Industry Regulatory Authority, the New York Stock Exchange and before the National Association of Securities Dealers, Office of Dispute Resolution. Over the last twenty years, he has represented more than a thousand investors from all across the United States and from several foreign countries, in claims against stockbroker and broker-dealers for fraud, breach of fiduciary duty, churning or excessive trading, the sale of unsuitable investments, the sale of defective investments, the sale of unregistered securities, and the failure to supervise. He is frequently quoted in the national media on securities and investment related issues, most recently on National Public Radio. He offers his services on purely a contingent fee basis, and is also a member of Public Investors Arbitration Bar Association.