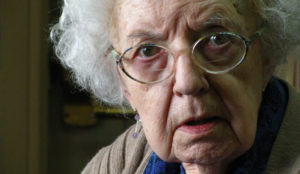 Michael Christopher Martino of New York New York a stockbroker currently registered with Four Points Capital Partners LLC is referenced in a customer initiated investment related FINRA securities arbitration claim in which the customer sought $543,163.00 in damages founded on accusations that the customer received unsuitable investment recommendations from Martino when he was associated with Four Points Capital Partners. Financial Industry Regulatory Authority (FINRA) Arbitration No. 19-68741 (June 26, 2020). The claim alleges that between 2014 and 2017, the customer’s account had been overconcentrated in stock positions and that the stockbroker took in excessive commissions.

Martino has been identified in five additional customer initiated investment related disputes containing allegations of his improper conduct while registered with securities broker dealers including Four Points Capital Partners. FINRA Public Disclosure reveals that Martino is the subject of a customer initiated investment related FINRA securities arbitration claim which was resolved for $30,000.00 in damages based upon accusations of misrepresentation and fraud by Martino. The claim also alleges a breach of fiduciary duty and the failure to supervise the stockbroker’s activities.

On January 7, 2020, another customer filed an investment related arbitration claim concerning Martino’s conduct in which they sought $200,000.00 in damages based upon allegations that they were provided with poor advice between 2016 and 2019 as it pertained to stock trades for their account at Four Points Capital Partners. FINRA Arbitration No. 19-03743 (Jan. 7, 2020).

The stockbroker is also the subject of a customer initiated investment related FINRA securities arbitration claim where the customer requested $107,038.00 in damages supported by accusations that the customer’s account was mismanaged between 2011 and 2017. FINRA Arbitration No. 20-00505 (Feb. 13, 2020).

Martino has been registered with Four Points Capital Partners since April 15, 2011.