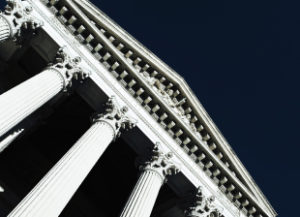 GPB Capital Holdings is back in the news, but this time investors need to act.

On February 4. 2021, an indictment was unsealed in federal court for the Eastern District of New York in Brooklyn charging three individuals affiliated with GPB Capital Holdings, LLC, David Gentile, Jeffrey Schneider, and Jeffrey Lash with securities fraud, wire fraud and conspiracy. These defendants were arrested on February 4, 2021, and appeared in federal court in Boston, Massachusetts, Austin, Texas, and Fort Myers, Florida.

As detailed in the indictment and other court documents, GPB was founded by Gentile in 2013. He was a New York-based investment advisor registered with the SEC. GPB Capital Holdings was the general partner of several investment funds, including GPB Holdings I, GPB Holdings II,, GPB Automotive Portfolio, GPB Waste Management, and GPB Cold Storage.

The defendants allegedly engaged in a $1.8 billion securities fraud scheme that has affected approximately 17,000 investors across the United States.

From 2013 through late 2018, GPB Capital lured investors in with false and misleading promises that the GPB Funds would pay an 8% annualized distribution each month. GPB Capital assured investors that these monthly payments were “fully earned” or “fully covered” by the cash flow from the operation of the portfolio companies owned by the funds.

However, instead, GPB Capital relied on “Ponzi financing” – using new investors’ capital contributions to pay prior investors the monthly distributions. This reduced the amount of capital a GPB Fund could use to invest in new opportunities and significantly compromised the long-term value of investors’ stake, according to allegations contained in the Complaint. To conceal their scheme, GPB Capital created fictitious and misleading “performance guarantees” that fraudulently inflated the reported income of some of the GPB Funds.

GPB Capital allegedly further harmed investors by diverting and misappropriating fund assets for their own benefit. The Complaint alleges that the Defendants used fund assets to enrich themselves, pay family members, and support luxurious lifestyles at investor expense, including travel by private jet and even the purchase of a Ferrari for Gentile’s personal use.

The complaint also alleges that with assistance from Jeffrey Lash, a former managing partner at GPB Capital, also allegedly manipulated the financial statements of certain limited partnership funds managed by GPB Capital to perpetuate the deception by giving the false appearance that the funds’ income was closer to generating sufficient income to cover the distribution payments than it actually was.

If convicted, the defendants each face up to 20 years’ imprisonment.

The New Jersey Attorney General Gurbir S. Grewal also announced the New Jersey Bureau of Securities filed a securities enforcement action against GPB Capital Holdings, on behalf of 700 New Jersey investors, and in a separate administrative action today, the Bureau revoked the broker-dealer registration and the agent registration of Schneider.

Trustees or receivers will freeze assets. Agencies will seek disgorgement, and restitution to whatever extent possible, and likely extending into the next century, will certainly be a part of any plea negotiation or sentencing.

Investors will get what they will get from these actions.

Who cares about GPB Capital Holdings. We do not. We only care about the stockbroker or securities brokerage firm that recommended or allowed these securities to sold.

It is well settled that a securities dealer must have an adequate and reasonable basis in order to recommend a security. In connection with recommendations, securities dealers “owe a special duty of fair dealing to their clients” and “implicitly represents he has an adequate basis for the opinions he renders.” These duties have been described as” implicit warranties of the soundness of the stock, in terms of value, earning capacity, and the like.”

As the US Securities & Exchange Commission, in its approval of the consolidated FINRA Suitability Rule observed:

Reasonable-basis suitability requires a broker to have a reasonable basis to believe, based on reasonable diligence, that the recommendation is suitable for at least some investors.

As we stated back in 2019, the Mass December 2018 has initiated an investigation into sixty three broker-dealer firms and financial advisors selling GPB investments.

As of June 2019, GPB Capital estimated the fair market value of the funds’ portfolio assets at approximately $1 billion – representing more than a 40% loss on investors’ initial capital contributions. The current portfolio asset values are unknown, as the GPB Funds have not issued audited financials since 2016, in violation of Securities and Exchange Commission regulations.

While the GPB Ponzi scheme formally began in 2013 the seeds of this fraud were sowed years before when David Gentile became involved with an Eastern European organized crime family headed by Michael Chernaya a/k/a Michael Cherney. Gentile’s relationship with Chernaya, his organization, and his family ultimately led to GPB’s first portfolio assets and GPB investor funds flowing to Chernaya’s organization, an organization that included David Gentile. Michael Chernaya’s ties to foreign crime syndicates, the mafia and Russian oligarchs are extensive and well-documented. He has been denied a visa by the United States. He has been barred from Bulgaria. Court documents reveal that although he is not in the United States, his two daughters, Rina and Diana Chernaya, live in Florida and have been the recipients of tens of millions of dollars from their father.

We also know that the defendants including David Gentile and Jeffrey Lash are Scientologists.

Here is what we knew (or should have known) then:

From inception through the present, the GPB Funds primarily raised capital through the marketing efforts of Ascendant, whose employees contacted registered brokers  and registered investment advisers by email, by phone and at in person meetings. Ascendant employees pitched those brokers and RIAs on the GPB Funds to encourage them to advise their individual investor clients to invest money into the GPB Funds.  It was also disclosed that Officers and directors of GPB were utilizing investor funds to monetize personal business interests by selling their own business interests to the company in non-arms length transactions.

Other public allegations against GPB Holdings, and its officers including Patrick Dibre, according to a complaint filed in New York State Court states that investor funds and partnership assets were being misused at the expense of investors.

Ascendant also organized due diligence seminars at which brokers and RIAs could get information about the GPB Funds and meet with the representatives of the GPB Funds. The GPB Funds were pitched to brokers and investment advisers as offering a rare opportunity for individuals to invest in private equity—a category of investment that is typically only available to institutional investors.

However, according to information disclosed in offering materials for the GPB Funds, approximately 14% of investments in the GPB Funds went to pay fees, including 11% in combined selling fees, commissions, wholesale fees and placement fees), a 2% management fee, a 1.25% organizational expense fee and an acquisition fee between 1.75% and 2.85%.

Despite the current revelations concerning the extent of this fraud, there were sufficient red flags concerning GPB Funds and GPB Capital’s business model since exception.

If you have are a victim and have suffered losses as a result of the purchase of GPB Capital and its related entities, contact us for a free, confidential evaluation of your claim. Representation offered on a contingent fee basis.

Our practice is limited to the representation of investors. Over the last three decades, we have recovered more than a hundred million dollars for more than 1,000 injured investors from all over the United States and several foreign countries. We accept representation purely on a contingent fee basis, meaning there is no cost to you unless we make a recovery for you. There is never any charge for a confidential consultation or an evaluation of your claim. For more information, contact us at (877) SEC-ATTY.

For more information concerning common claims against stockbrokers and investment professionals, please visit us at securitiesarbitrations.com.

To learn more about FINRA Securities Arbitration, and the legal process, please visit us at securitiesarbitrations.com.

If you believe that you have been the victim of brokerage fraud, contact us for a free consultation. 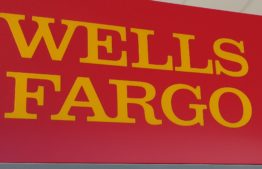