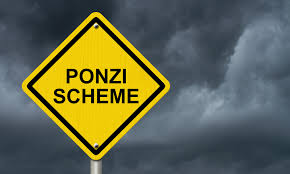 Gary Wayne Hammond of Charlotte North Carolina a stockbroker formerly registered with Hornor Townsend Kent Inc. has been barred from associating with any Financial Industry Regulatory Authority (FINRA) member in any capacity based upon findings that he was selling away from MML Investors and that he referred customers to fraudulent investments. Letter of Acceptance Waiver and Consent No. 2017054137002 (Jan. 19, 2021).

According to the AWC, from February of 2016 to October of 2016, Hammond took part in at least 14 private securities transactions that he concealed from his securities broker dealer employer. The AWC stated that the transactions entailed customers making a collective $1,638,000.00 investment in three companies which had been controlled through the stockbroker’s half-brother.

FINRA noted that two of the companies were Ponzi schemes. At least ten of Hammond’s customers collectively invested $1,019,000.00 in these fraudulent businesses because of Hammond.

The AWC stated that MML Investors Services was not apprised of Hammond’s private securities transactions. The stockbroker also provided a false response in an MML compliance questionnaire which called upon him to disclose any selling away activities or any receipt of referral fees away from the securities broker dealer. FINRA determined that Hammond violated FINRA Rules 2010 and 3280.