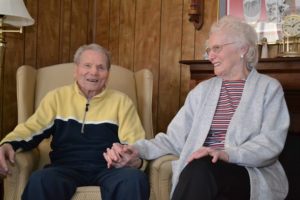 Steven Douglas Schisler of Grass Valley California a stockbroker formerly registered with IFS Securities has been charged by Financial Industry Regulatory Authority (FINRA) with engaging in private securities transactions, making unsuitable recommendations and failing to cooperate with FINRA during the period that he was under investigation. Department of Enforcement v. Steven Douglas Schisler Disciplinary Proceeding No. 2018058718601 (Apr. 13, 2021).

According to the Complaint, Schisler steered two customers towards making a $300,000.00 investment in a promissory note which was meant to finance a piece of commercial property. The regulator contends that the recommendation was not suitable.

The Complaint states that the $300,000 investment constituted a large portion of the customers’ retirement portfolio and that the customers were intending to use the retirement funds to pay down debt. The customers supposedly maintained little sources of income in retirement.

The regulator also contends that there was insufficient due diligence undertaken by Schisler to warrant his recommendations. If due diligence were sufficiently undertaken, FINRA claims that Schisler would have learned that the note was issued by two partners – one of which was barred by FINRA for fraud. FINRA alleges that Schisler violated FINRA Rules 2010 and 2111 for making bad recommendations.

The Complaint next alleges that Schisler made arrangements for the customers to make the investment privately. The regulator found that the investment was not offered through IFS Securities. Schisler allegedly had the customers meet directly with the issuer and this resulted in Schisler receiving a $9,500.00 finder’s fee. FINRA contends that Schisler took part in the transaction even though his securities broker dealer employer specifically informed him that he was not permitted to do so. The stockbroker is accused of violating FINRA Rules 2010 and National Association of Securities Dealers (NASD) Rule 3040 for this reason.

FINRA claims that the $300,000.00 note had come due by September 2016 at which point the issuer defaulted. A civil lawsuit was brought by the customers as a result. But Schisler supposedly failed to indicate in his Form U4 that he was the subject of the customers’ civil action. FINRA also alleges that Schisler did not identify in his Form U4 that he was provided with a Wells Notice from FINRA in regard to its investigation into his activities. FINRA claims Schisler violated FINRA Rules 2010 and 1122 because of this.

The Complaint states that Schisler settled with the customers. But in so doing he improperly had the customers execute a declaration in support of the civil action being removed from Schisler’s record. FINRA contends that Schisler violated FINRA Rules 2010 and 2081. When a hearing was conducted to determine whether the civil action ought to be expunged from Schisler’s record, he supposedly misrepresented the nature of his involvement in the promissory note transaction and falsely claimed that he did not personally arrange for the customers and the issuer to meet. This reflected a violation of FINRA Rule 2010 according to the Complaint.

FINRA also alleges that Schisler lied to Department of Enforcement when he testified about the finder’s fee, violating FINRA Rules 2010 and 8210. The stockbroker purportedly claimed to FINRA that the finder’s fee was a personal loan and that he did not know that the customers made the investment.

The Complaint additionally alleges that Schisler solicited an elderly customer’s $50,000.00 loan which was memorialized by a promissory note. FINRA claims that the note was secured by a mortgaged property that was close to defaulting. Schisler allegedly defaulted after issuing the note to the customer, and he lost the property. The stockbroker allegedly did not tell the customer about his default or the fact that he lost the home. He also purportedly failed to repay the customer according to the initial terms of the note. The Complaint states that it was not until years later that Schisler paid the customer back.

The stockbroker is also accused of having lied about borrowing from customers when he joined IFS Securities. FINRA claims that he violated Rule 2010 because of this.