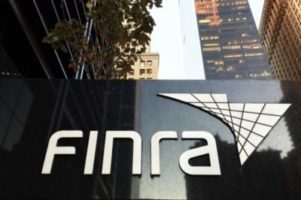 Miguel Angel Murillo (also known as Michael Murillo and as Miquel Angel Murillo) of New York, New York, a stockbroker registered with Joseph Stone Capital LLC, has been fined $5,000.00 and suspended for eight months from associating with any Financial Industry Regulatory Authority (FINRA) member in any capacity because Murillo engaged in unsuitable and excessive trading during the time that he was associated with Joseph Stone Capital LLC. Letter of Acceptance, Waiver, and Consent No. 2020066887901 (August 31, 2022).

This is not the first time that Murillo has been the subject of a regulatory action concerning his activities in the securities industry. FINRA Public Disclosure shows that Murillo has been suspended for twenty days and ordered to pay $35,000 in restitution based upon accusations that Murillo made unsuitable recommendations. Order of Offer of Settlement No. 2008014728701 (December 21, 2010).

Public Disclosure shows that Murillo is also referenced in a customer initiated investment related complaint on June 25, 2007, where the customer sought compensatory damages based upon allegations that the stockbroker helped establish an account at Aura Financial Services Inc. without the customer’s knowledge.

On August 26, 2008, another customer initiated investment related complaint involving Murillo’s conduct was settled for $35,000.00 in damages based upon accusations that Murillo made misrepresentations and unauthorized transactions and failed to follow instructions in connection with the recommendation and sale of over-the-counter equities during the period that Murillo was associated with Aura Financial Services Inc.

Murillo is also referenced in a customer initiated investment related civil action that was settled for $35,000.00 in damages based upon allegations that Murillo made unsuitable transactions, breached a fiduciary duty, committed fraud, and made unauthorized sales of over-the-counter equities and stocks during the time that Murillo was associated with Salomon Whitney Financial. Civil Action No. 3:17-CV-01745-WGY (May 10, 2019).

Murillo has been associated with Joseph Stone Capital LLC since November 24, 2014.