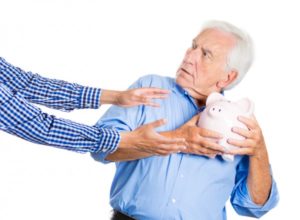 Marcello Lattuca, of Massapequa, New York, a stockbroker currently registered with NBC Securities Inc., is referenced in a customer initiated investment related arbitration claim which was resolved for $75,000.00 in damages supported by allegations of elder abuse and breach of fiduciary duty pertaining to real estate security and stock transactions executed by Lattuca between 2012 and 2020 during the time that he was employed by NBC Securities. Financial Industry Regulatory Authority (FINRA) Arbitration No. 20-01500 (March 8, 2021).

According to the claim, the customer’s account had been churned. Lattuca allegedly made unsuitable recommendations to the customer. NBC Securities purportedly failed to supervise Lattuca’s activities. The claim also alleges breach of contract and fraudulent misrepresentation concerning the customer’s investments at NBC Securities.

Lattuca has been identified in three additional customer initiated investment related disputes containing accusations of his misconduct during the period that he was employed by NBC Securities, JHS Capital Advisors, and Kirlin Securities. FINRA Public Disclosure shows that Lattuca is the subject of a customer initiated investment related written complaint which was settled for $24,000.00 on June 22, 2000, based upon allegations of Lattuca’s misrepresentation of corporate bonds that he sold to the customer while at Kirlin Securities.

On March 8, 2021, another customer initiated investment related arbitration claim regarding Lattuca’s activities was resolved for $337,500.00 in damages founded on accusations of Lattuca churning the customer’s account and making fraudulent misrepresentations while Lattuca was associated with JHS Capital Advisors and NBC Securities. FINRA Arbitration No. 20-01442. According to the claim, the customer was provided with unsuitable recommendations relating to unit investment trusts, mutual funds, real estate securities, direct investments, corporate and government bonds, and common and preferred stocks. The claim also contains allegations of breach of contract, breach of fiduciary duty, and negligent supervision by the securities broker dealers.

Lattuca is also identified in a customer initiated investment related arbitration claim which was settled for $60,000.00 supported by accusations that NBC Securities failed to supervise the stockbroker, who recommended unsuitable investments, including stocks and real estate securities that resulted in damages. FINRA Arbitration No. 20-01494 (March 8, 2021). The claim alleges misrepresentation of information relating to the customer’s investments. Allegations also include breach of fiduciary duty and breach of contract.

Lattuca has been registered with NBC Securities since July 22, 2015.