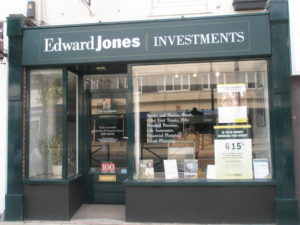 Lang Phu Nguyen of Campton Hills Illinois a stockbroker formerly registered with Edward Jones has been fined $5,000.00 and suspended for 45 days from associating with any Financial Industry Regulatory Authority (FINRA) member in any capacity based upon findings that Nguyen executed unauthorized trades in customer accounts when he was associated with Edward Jones. Letter of Acceptance Waiver and Consent No. 2019061128401 (Mar. 2, 2021).

According to the AWC, between January 6, 2017 and December 13, 2018, stockbrokers had been prohibited by Edward Jones from making trades in customer accounts on a discretionary basis. Nguyen failed to comply with this prohibition as he effected at least 350 trades in the accounts of Edward Jones’s customers.

The AWC states that seven customers whose accounts had been traded by Nguyen did not provide him with any written authorization to exercise discretion in their accounts. FINRA indicates that the stockbroker lacked written authorization from Edward Jones to make discretionary trades in customer accounts. FINRA determined that Nguyen’s conduct was violative of FINRA Rules 2010 and National Association of Securities Dealers (NASD) Rule 2510(b).

Nguyen was discharged by Edward Jones on December 14, 2018 supported by allegations that he neglected to comply with company policy. He was registered with Cetera Advisors LLC between February 14, 2019 and April 3, 2019.