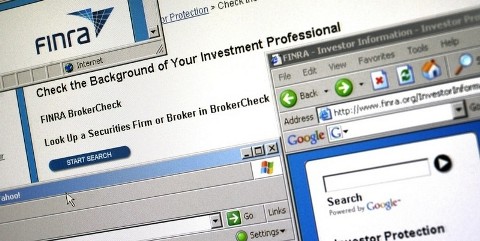 Corey Andrew White, of Pasadena, California, a stockbroker registered with Western International Securities Inc., is the subject of a customer initiated investment related Financial Industry Regulatory Authority (FINRA) securities arbitration claim that was settled for $2,760,000.00 in damages based upon allegations that White failed to supervise relating to the recommendation and sale of options when White was associated with Western International Securities Inc. FINRA Arbitration No. 22-00351 (Feb. 16, 2022).

FINRA Public Disclosure shows that White has been fined $20,000.00 and barred from associating with any FINRA member in any principal capacity based upon allegations that White failed to supervise. Case No. 2017054755209 (Mar. 19, 2021).

As of December 31, 2021, Western International’s audited financial statements show that the broker-dealer had $3,776,499 in excess net capital.

According to the AWC, between January 2013 and July 2017, during the time that he was associated with Financial West Group, White failed to establish, enforce and maintain supervisory systems and written supervisory procedures he was responsible for. Specifically, White was responsible for monitoring the activities of all persons associated with the firm by reviewing the daily trade blotters and exception reports. White failed to reasonably fulfill those duties.

White also failed to respond reasonably to red flags that indicated representatives were recommended unsuitable transactions or excessively trading in customer accounts. Specifically, between January 2013 and December 2016, White discovered red flags indicating misconduct by representatives involving 10 accounts owned by six customers. The customers had investment goals that were inconsistent with the short-term trading activity occurring in their accounts, and the accounts experienced in and out trading, which is indicative of excessive trading. White failed to respond reasonably to those red flags. As a result, White violated FINRA Rules 2010, 3110(a), 2360(b)(20), and NASD Rules 3010(a) and (b).

Corey White was associated with Western International Securities Inc. in Pasadena, CA, as a stockbroker from August 21, 2017 to August 4, 2022.