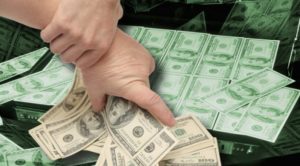 Abdul Matin Rahmani of Mineola New York a stockbroker formerly registered with Joseph Stone Capital LLC has been charged by Financial Industry Regulatory Authority (FINRA) Department of Enforcement with engaging in outside business activities when he was associated with Joseph Stone, and with failing to be cooperative with FINRA during the time that he was investigated. Department of Enforcement v. Abdul Matin Rahmani Disciplinary Proceeding No. 2019063626703 (Apr. 15, 2021).

According to the Complaint, Rahmani took part in outside business activities using a company called Axe Marketing Group LLC which was also operating under the name Access Pre IPO. The business was allegedly selling pre-initial public offering (IPO) companies to investors. Rahmani allegedly solicited customers of Axe Marketing and met with them concerning these outside transactions.

The Complaint alleges that Rahmani did not cooperate with FINRA when he was investigated about his outside business activities. Misleading or false information was allegedly provided by Rahmani when he responded to the regulator’s requests. FINRA indicated that Rahmani did not mention certain bank accounts or other information relating to Axe Marketing.

The stockbroker is accused by FINRA of then falsely testifying about his involvement with Axe Marketing. Rahmani said that he was not involved with the company. Rahmani indicated that he did not use any Axe Marketing email address even though he purportedly furnished documents to FINRA which showed him using that email address. FINRA also indicated that bank accounts that were closed by Rahmani were not made known to FINRA.

The Complaint alleges that Rahmani was asked by Rahmani to provide documents and information regarding four bank accounts that he established in October of 2018. The stockbroker did not give FINRA all of the documents or information in regard to at least two of those accounts.

FINRA Public Disclosure also reveals that Rahmani has been terminated by three securities broker dealers for misconduct. His stockbroker registration with MetLife was terminated supported by allegations of him altering documents and committing forgery, and violating other policies.